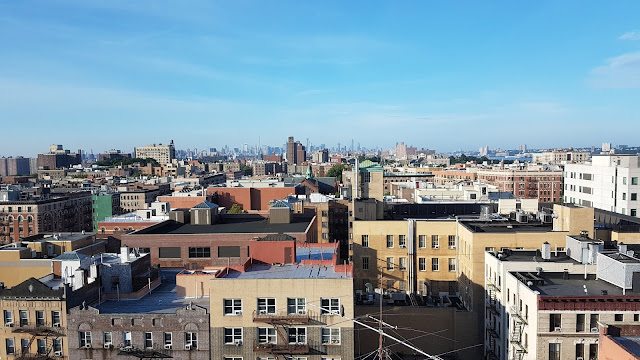 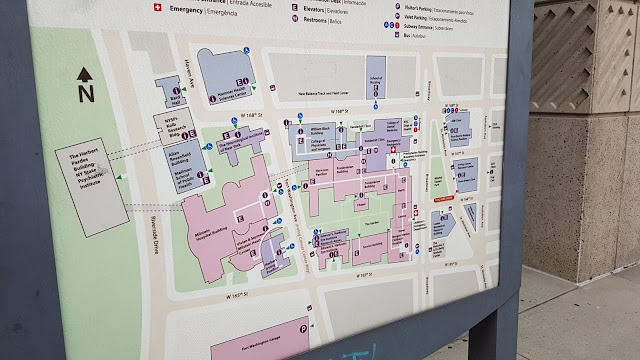 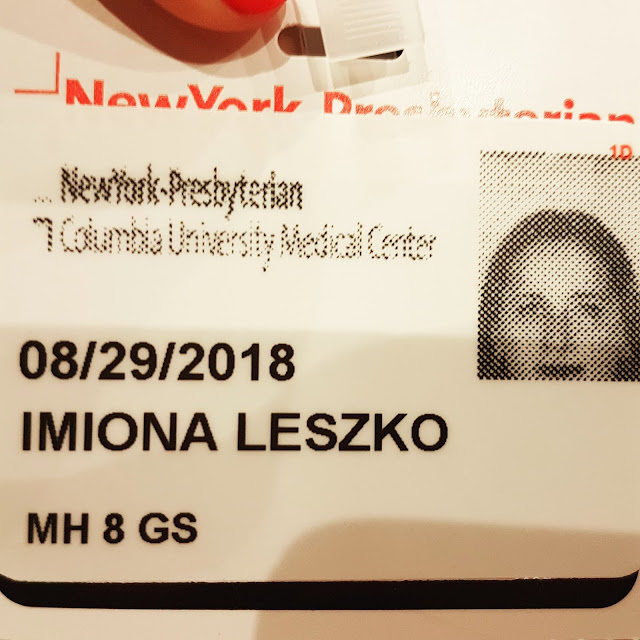 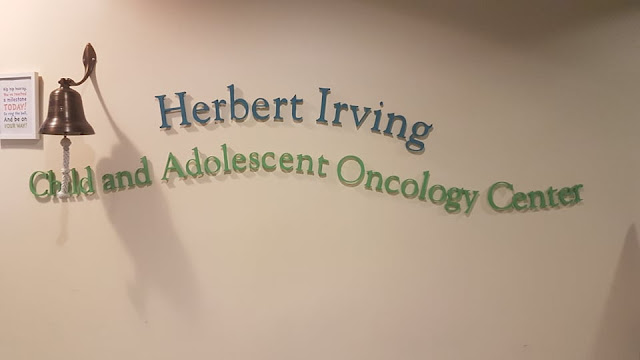 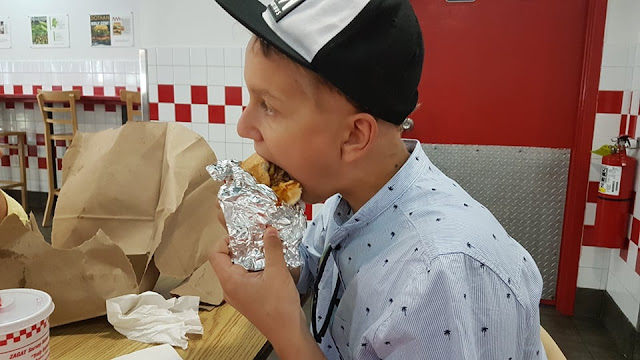 
***
First day after our arrival to New York was already very busy. We knew that at 12 we had a booked appointment with dr Sergious Zacharoulis, but we had to be at the hospital 30 min before that to meet a special coordinator, who was helping international patients. Hospital is a complex of more than 10 buildings so finding the right one wa a bit of a challenge. Luckily we went into the right one after a first try and there we got special passes, which allow us to move freely in the hospital.
After registration, we had to take a lift to the 9th floor and met a coordinator, who took us to the write ward and gave us a form to fill in. Moment after Jasiu was taken to check his weight and hight and we were ready to meet the doctor. He came up to meet us and kindly invited us to his office. He made a very detaled resume of Jasius condition and treatment up to date and asked us to correct him if he said something wrong. After he pointed out all the most important information about Jasiu, his wellbeing and some weird accidents ( like the time when he woke up in the middle of the night because he though i slapped him in the face, which of course never happened), he started the medical examination. During examination he mostly tested Jasius reactions, like pushing hands, making a fist, counting fingers, or touching nose (both Jasius and the doctors). It’s sounds like nothing but it heps the doctor to look how fast Jasiu reacts for commands, and if everything is ok with the body reactions to some things (like this funy test with hitting the knee, so the leg jumps up by itself).
After consulting the doctor we got a schedule for the rest of the day. Just after the appointment Jasiu had to have his blood examined, and two hours after that we had to go back to the hospital for MRI. Luckily Jaisu could eat something before so just after they drew his blood we went to get real american burgers at Five Guys. Here Jasiu met another challenge. Although he is great in understandin english, he was to shy to actually say something, so to encourage him we said that if he wasnt to eat something he has to order it by himself, without our help. Motivation worked and after a few moments he was already eating a double cheeseburger with some extras he chose! Another highlight was a machine with all the popular sodas where you could choose whatever taste you wanted, so as i remembered right Jasiu was drinking chery-grape-lime-vanilla coke. He said it was tasty 😀
Ater a break we came back to the hospital. There they carefully checked power of attorney documents we got from our parents. In the meantime we had to fill in even more forms, this time also for me, becuase as a person that enters with Jasiu the room where MRI was going to performed, I too was treated as a patient. For example, we had to answer many sometimes really weird questions like:
Do You have any metal objects in Your boody, f.ex. bullets?

After handing in all the papers, Jasiu weight was checke again. Turned out that after the lunch he was 1 kg heavier than in the morning 😀 Aftrewards he got a hospital pyjamas to get changed. I promised not to take photo of him in this attire, because the pattern didnt quite match the age of our lgentleman 😀 I could stay in my own clothes but had to take off all of my jewellry, including my wedding ring. We also couldnt bring any electronics with us. When we were almost entering the examination room, a very kind radiologist cae up to us handing a very thick binder, full of movies, Jasiu could watch during the MRI. Then one last metal detection test (like at the airport) and Jasiu was getting ready to lay down on the table. With his head completely still, a special cushion under his knees, alarm button in one hand, and a sensor on another, earphones in his eares and a vr glasses with the movie on his head. Oh, and earplugs for mum (I’m the older sister here!) and we can start!.

Jasiu wasn’t exaggerating when he sai this examination is very loud. All the time there were some weird noises, knocking, squeaking, or some spaceship alarm noises. I was sitting next to the machine and holding Jasius foot, because that the only thing that was sticking out frim the big tube. In front of me I had a screen showing me Jasius heartbeat, so i could see when he was getting nervous or relaxed. Luckily after 30 min there was a short brea. MRI scan of the head was done, now they had to scan the spine. I had to tell him all the time that he has to lie still. It is very important because even a tiny movement can distort the picture, and the examination is invalid, and has to be repeated. After a long hour, we got information form the doctor that everything went great with a first try. The congratulated Jasiu and said he did a fantastic job. Finally we could write to the whole family that everything went fine and that Jasiu is feeling well. It was evening here when we went out from the hospital, but in Europe it was 2 am.

Before we left they said Jasiu has to drink alot of water to rinse the contrast from his body. He did his job very well.

Almost 2 doctors will be discussing Jasius MRI results. We are still waiting for the phone from dr. Zacharoulis, who will tell us how big is the improvement since the last scan. He was sure there is an improvement.

In the menatim, we are goingto visit the Zoo in Central Park, the one from Madagascar movies. We wonder if the puinguins actuaccly are up to something… 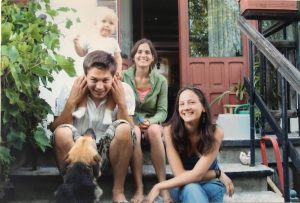